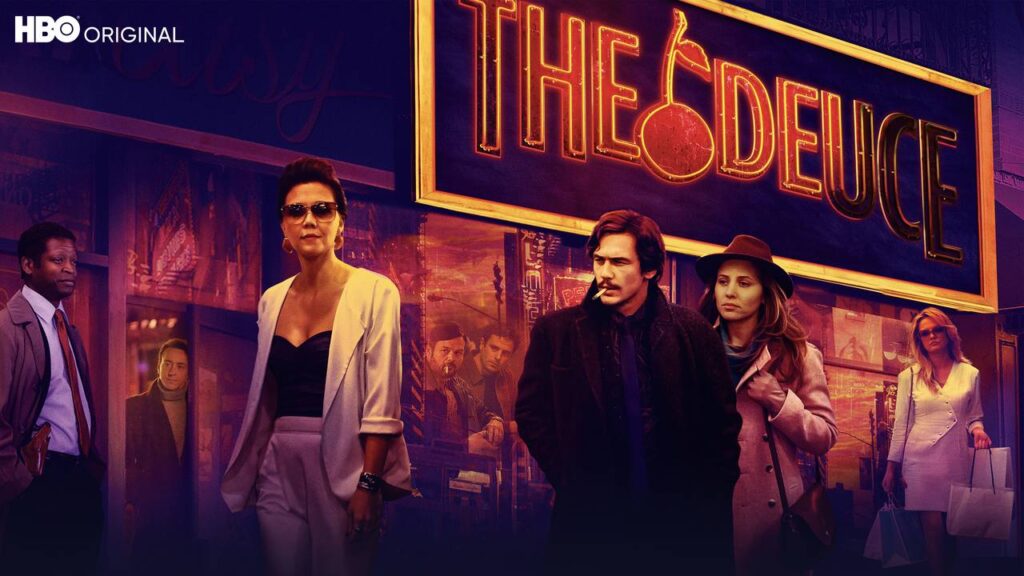 HBO’s The Wire, which aired from 2002-2008, is my favorite drama of all time. In my opinion, almost no other series, except The Sopranos and Atlanta, measures up to the complexity and fantastic storytelling of the show’s sixty episodes. After eight years of comparing almost every other drama to The Wire, I finally found a series just as great and as entertaining titled The Deuce.

Brought to life by The Wire’s creator David Simon and novelist George Pelecanos, the three-season series focused on pornography, prostitution, and the AIDS epidemic in Times Square during the 70s and 80s. I believe it is Simon’s heir to The Wire, although it is absent of a pop culture presence and unlike The Wire, the ratings were poor. I ceased recommending the show to friends because they usually stopped watching after the second episode; some barely finished the pilot. Those who were into the pornography and action aspects were disappointed, and others who enjoyed television series possessing complex storylines were turned off by the subject matter.

The world of The Deuce was an ugly one of street violence, drug dealing, murder, prostitution, and dirty cops, but the show was unique due to the complexity of the characters. While other series, such as Law and Order: SVU, might also focus on prostitution, you would never see prostitutes who check out Charles Dickens’s books from the library or use their profession to fulfill their own film directing ambitions. There were sympathetic characters such as the lead, Vincent Martino, a conflicted bartender sucked into the world of mob-controlled prostitution by easy money; and Candy who saw a promising future for herself in porn after becoming disillusioned with hooking.

The Deuce never condemned its world with corny black and white morality and never glamorized it either. The world was pure gray, and the characters were ordinary people trying to survive and deal with not only social changes, but also the evolution of 42nd Street that was beyond their control. In season three, half of the characters were wiped out due to the AIDS epidemic. The suicide of one of the major characters was a scene that was almost as sad as the death of a major character on The Wire. Perhaps The Deuce will be watched by more people in the future. I would just appreciate convincing someone to watch the show in its entirety with the hope that they fall in love with it.