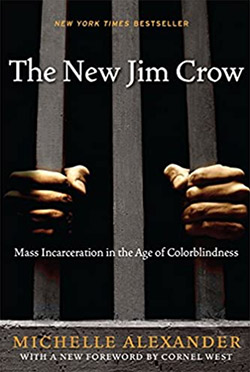 Since 2002, the mission of Center for Black Literature has been—and continues still—to expand, broaden, and enrich the public’s knowledge and aesthetic appreciation of the value of Black literature. In keeping with its mission, the staff at CBL began compiling a reading list of titles that we and our colleagues turn to for fortitude, inspiration, and uplift. These titles provide impactful narratives that reflect the rich, wide ranging literary genres in which Black writers use their voices to express their experiences and to center on the political and social consciousness that represents varied Black experiences, in America, the Caribbean, and abroad.

Eddie S. Glaude Jr., the James S. McDonnell Distinguished University Professor and chair of the Department of African American Studies at Princeton University, and an honoree of CBL’s 16th National Black Writers Conference, stated: “I think all great literature helps us understand what happens between the two momentous breaths we have. You have two momentous breaths, the first one and the last one. What happens in between? All great literature, to my mind, offers a window to understanding what it means to make your way through time and space.”

Literature as a reflection of society is a forceful tool. During today’s challenging times of the health pandemic and the recent mass protests and demonstrations against this country’s long history of police brutality and institutional racism, there have been an outpouring of emotions, from anger to grief, all galvanizing calls for political change. In the past few years, there has also been an overwhelming surge of interest in literature on the subjects of race and Black identity in America, and with that, renewed support of Black authors and sales at Black-owned bookstores.

PLEASE NOTE: The Center’s listing only scratches the surface of an ever-growing literary landscape of Black writers; thus, we invite recommendations from our colleagues, friends, and supporters. Kindly feel free to send your recommendations and suggestions for consideration to us at info@centerforblackliterature.org. For information on some of these and additional titles, please visit the African American Literature Book Club at AALBC.com.