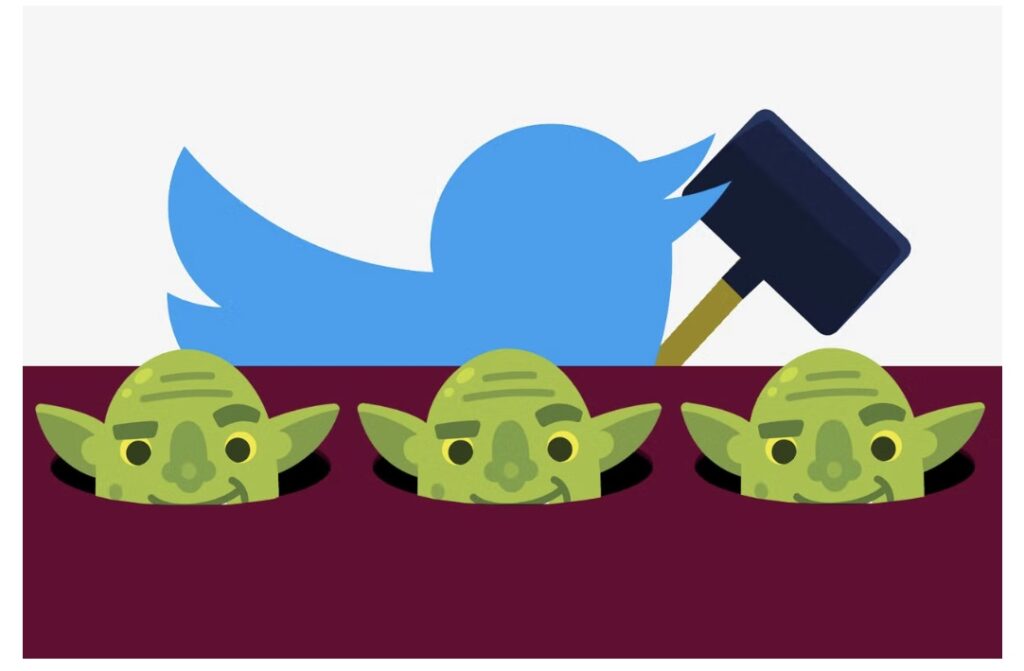 By Malik Windsor | Twitter is one of the most popular social media platforms in the world. It is a social networking service where users post and engage with messages described as “tweets.” Users can post, like, comment, “retweet” tweets, and send private messages within the restrictions of the platform. I am not an avid user on this platform, but I find myself scrolling through the proverbial nonsense from time to time. I am particularly interested in content persisting to sports, music, and news. But I must admit, I have an unhealthy obsession with what I call “comment watching.”

When I find an interesting post, the first thing I do is check the comment section. I love learning about people and the comment section offers me an array of thoughts and ideas from thousands of individuals. Ignorant, intelligent, and insatiable responses can be found under any post. I usually don’t interact in these comment sections because of “Twitter Trolls.” In African American Vernacular English (AAVE), trolls are people who post intentionally provocative messages on social media platforms. These people represent the deleterious aspects of social media.

Not all Twitter Trolls post derogatory comments. Some try to be funny by making harmful jokes. Others make derisive comments to elicit a rise out of others. Often racist, divisive, or discriminatory in nature, these statements are usually made to agitate the reader. Twitter Trolls are detrimental to social media because their behavior often spans from competent pranks to violent threats. These trolls also engage in doxing, the publishing of someone’s personal data to the public; and swatting, the act of calling SWAT teams to houses in the hope that they will be arrested. What is sometimes seen as harmless cyberbullying you can unplug from; the behavior of Twitter Trolls can have real-world effects. Since 2015, swatting has resulted in the deaths of three people. This is an example of the devastating effects of Twitter Trolling.

Twitter Trolls have turned what was once a platform for inclusive social media engagement into a cesspool of racial slurs, misogyny, and discrimination. Other Twitter Trolls have been known to mock the deaths of deceased users on their pages which can be harmful to the grieving process of their loved ones. This horrific behavior can discourage people from expressing their views. In 2012, Anita Sarkeesan, a Canadian American feminist media critic, developed a series of YouTube videos that addressed misogyny in video games. After Sarkeesan posted the videos, she received bomb threats, doxing threats, and rape threats from Twitter Trolls and Trolls on other platforms.

I am not inclined to engage on social media so the Trolls don’t bother me as much. But for many people, Twitter is a platform where they feel free to express themselves with their friends and the public. They shouldn’t feel restricted or ostracized on a platform because of the degenerate behavior of others. Some ways to combat Twitter Trolls include ignoring them, or acknowledging when someone is deliberately making nonsensical statements. In a digital era, it is imperative that we take internet security and safety more seriously. Twitter Trolls are a detriment to the progression of interacting within a digital space.