The Overturning of Roe v. Wade 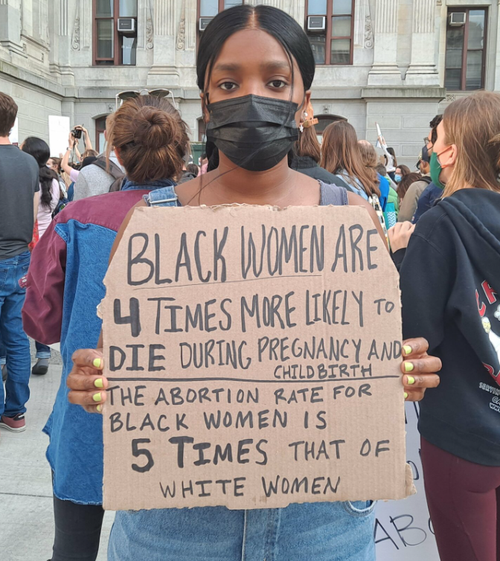 By Cassidy Ridgeway | For almost 50 years, Roe v. Wade has provided women in America with the safety and stability of knowing they are in charge of making decisions for their bodies and futures. The 1973 decision gave women the power to decide if they want to go full term with a pregnancy they didn’t expect, one forced upon them through rape, or one that may not go full term due to a genetic condition. Additionally, women had the right to request a D&C (dilation and curettage) and D&E (dilation and evacuation) procedures if there had been a miscarriage (if the fetus had a severe abnormality or had died in the womb and would be stillborn). All of that changed in June 2022, when the Supreme Court overturned Roe v. Wade and gave the states the right to outlaw abortion. Following this ruling, 11 states have now banned or severely limited abortions.

This tragic shift in America will now affect women everywhere, predominantly Black women and other women of color. The socioeconomic and health consequences of this decision for the lives of white women but primarily Black and brown women will be disastrous. The ramifications of this decision will disproportionately hurt women nationwide. The saddest part is that without support from the proper channels in the government, women will have to travel for hours or risk their lives to control their bodies. The US government has set the country back a half-century by ensuring that women are treated less than entire adult human beings with the ability to be responsible for their bodies. As a young woman in America, I am grateful to be in New York, a state that allows me to make my own choices for MY body.

Still, I am heartbroken for all women in America, especially for the women who live in deeply conservative states that will make their day-to-day lives as women harder. I am heartbroken for the women who wanted to have a child but unfortunately suffered an ectopic pregnancy; whose child has a severe genetic illness; whose child, unfortunately, did not make it full term because of reasons unknown and will not have access to receive the necessary services that will allow them to stay alive. I am devastated for the women who will search for backdoor/underground “doctors” willing to perform private abortions and ultimately have irreversible and irreparable damage to their reproductive organs or, worse, die because they do not have access to the proper channels. As a woman, I am shattered by the overturning of Roe v. Wade and what it means for women throughout the country.