The Greatness of Manga 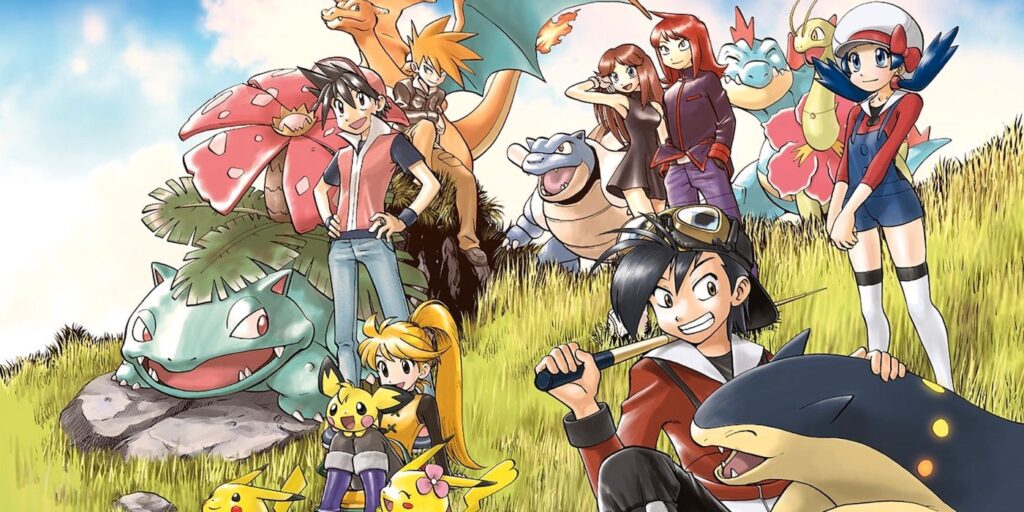 When I was younger, I didn’t have any interest or possess the patience to sit down and read books, especially nonfiction. I didn’t even like comic book series such as Marvel or DC, Spider-Man or Super-Man. I didn’t enjoy reading and when presented with assignments for school I would simply skim through the book and try my best to summarize what I remembered.

However, I have always loved visual media. Television shows and video games allowed my mind to relax instead of working overtime to picture what I was reading. I realized when absorbing media, I needed my brain, eyes, and taste stimulated to commit to books. Even those books from series and genres I enjoyed, if I couldn’t picture the plot in my mind or if there were no pictures, I would become distracted.

However, things changed for the better when I discovered the greatness that is manga. To be specific, it was the Pokemon Adventures Manga. One day, when I was in between elementary and middle school, my mom took me to this cool bookstore, Barnes & Noble. Barnes & Noble was like a trendy library for bookworms. When I entered the store, I had no idea what I was doing there. I just wondered around searching for something I might like, and I reached a section filled with Pokemon books. From manga, to coloring books and game guides, it was like my own miniature poke-paradise. I stumbled across a book titled Pokemon Adventure Red Collection.

The manga series presented a much deeper and darker side to Pokemon that I had never witnessed. The character development was amazing, such as the main character, Red, evolving from a cocky small-town shrimp to a smart and wise trainer who thought and strategized before acting. There was also Blue, Red’s standoffish and rude rival, who learned respect and admiration for the latter becoming a long-lasting friend. The Pokemon Adventures manga revolutionized my entire outlook on media and enabled me to establish a concrete and confident outlook regarding what I desire from literature, fiction, and imagination.

I became disinterested in the life I lived outside of playing video games or reading manga. In that world, I was able to become someone more interesting, cooler and take part in fun adventures. It was like role-playing, but I learned how to incorporate different facets of the characters and learn from them. I learned how to be a hero, how to make friends and most importantly how to communicate the same way others do. Viewing the characters befriend one another through words and connecting through shared trauma taught me that I could find like-minded people if I just opened my mouth and spoke up; because in the past, I had never found the courage to do that.

If I could go back in time and teach my younger self something regarding absorbing and understanding literature, it would be communication. I don’t mean only talking to people; I mean being honest with others about how I was coping with life. I feel even if one doesn’t know what is troubling them, he or she should do their best to explain how they are feeling. For me, I become the characters with whom I interact through media and literature. It would have been easier for me to learn and commit to reading if I had handled issues with my mental health earlier. I have learned that mental health and lack of communication can keep one from reaching their full potential.