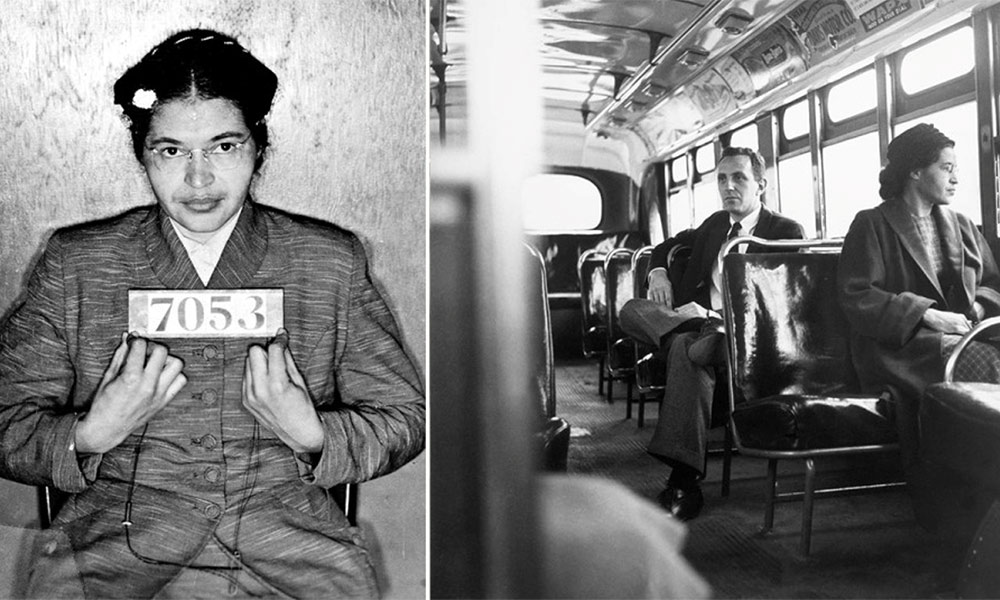 Rosa Parks (1913-2005) helped start the civil rights movement in the United States in 1995 when she refused to give up her seat to a white man on a Montgomery, Alabama bus. Rosa Parks’s actions inspired leaders of the Black community to organize the Montgomery Bus Boycott. Dr. Martin Luther King led the Montgomery Bus Boycott, which lasted more than one year. During that time, Rosa Parks lost her job and the boycott ended only when the U.S. Supreme Court ruled that bus segregation was unconstitutional. Rosa Parks became a nationally recognized symbol of dignity and strength in the struggle to end long-established racial segregation over the next half-century.

On Thursday, December 1, 1955, the 42-year-old Rosa Parks came home from work at the Montgomery Fair department store by bus. 70% of riders on a typical day were black, and Rosa Parks was one of them. However, it was only right that the bus drivers could ask a black person to give up their seat to a white rider. On this night at this point of the bus route, a white man had no seats because all of the designated “white section” was taken. So the bus driver told the rider in the four centers of the first row of the “colored” section to stand and add another row of the “white” area. The three obeyed, but Rosa Parks didn’t. In time, police officers approached the stopped bus, evaluated the situation, and took Rosa Parks into custody.

Parks used her one phone call to contact her husband, but word about her arrest spread quickly, and E.D Nixon was there that same afternoon when Rosa Parks was released on bail later that evening. While sitting in Parks’s home, Nixon convinced Parks, her mother, and her husband that Rosa Parks was the plaintiff. The black population of Montgomery would boycott the buses on the day of Rosa Parks’s trial on Monday, December 5. On December 5, Rosa Parks was found guilty of violating segregation laws, given a suspended sentence, and fined $10 plus $4 in court costs.

Rosa Parks was called “the Mother of the Civil Rights Movement.” She reinvigorated the racial equality struggle when she refused to give up her bus seat to a white man Montgomery. Rosa Parks changed the world because of her one action that she did. It changed the face of racial equality because she was standing up for her civil rights. Rosa Parks’s act of civil disobedience was not pre-meditated.

Tamara Patterson is a lifestyle enthusiast, an English major at Medgar Evers College, and lives in Brooklyn.