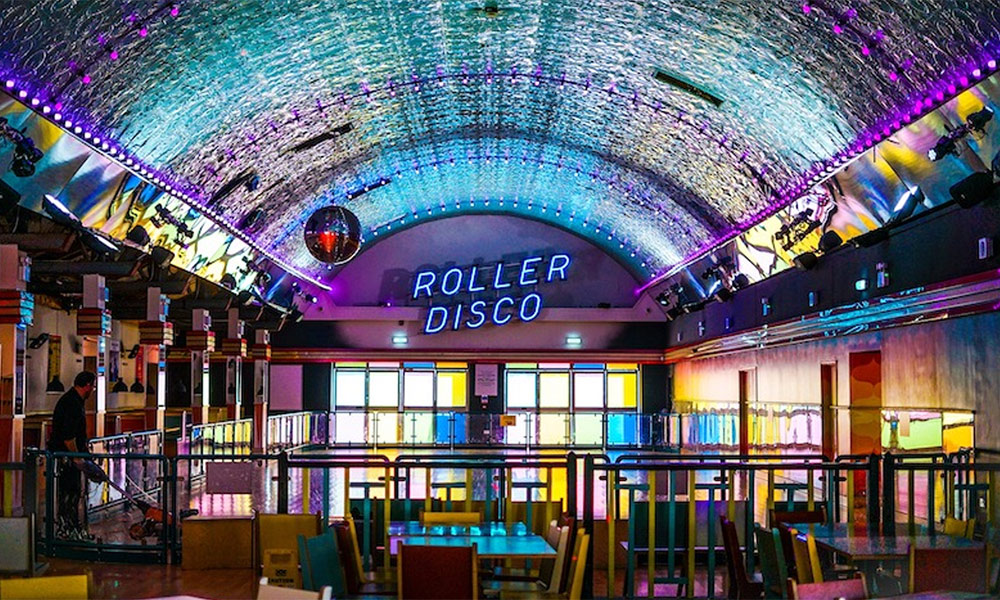 Promoting unity for the springtime.

Flowers’ blooming, trees growing and singing in the wind. The days grow longer, warmer, and sunnier while animals come out of hibernation. This is how spring looks and feels in most areas of the world. But in 2021 we are fighting for equality and arguing whether climate change is real. Amid worldwide adversities, roller skating has always brought people together regardless of race, sexual orientation, religion, origin, and age.

When I first started going to roller skating rinks in New York City at the age of seventeen, I would see all kinds of individuals dancing in the middle of the rink having a carefree time. I’ve seen a Muslim woman “couple roller skate” with an openly gay man dressed in jean short shorts and a tutu. Others were cheering them on while disco and house music were being played. What a sight to see, in my eyes, this was what breaking down systematic division among people looked like.

Roller skating has been around since the mid-1750s. It didn’t significantly impact society until the 1970‘s known as the “Groovy Era.” During this time, roller rinks were popular hangout spots for everyone of all ages. New York and Chicago were and still are known as the meccas of roller skating because of the distinctive styles’ roller skaters created. One example of a specific type of dance that was created was known as “J. B skating.” J.B stands for James Brown. This style consisted of people imitating Brown’s dance moves. Cher, Vaughan Mason Crew, Midnight Star, and Billy Ocean have also incorporated roller skating culture in their music. Hollywood rode on this wave by creating movies, including: Roller Boogie and Xanadu, as well as TV shows, like Charlie Angels and Chips.

But we can’t ignore the social injustice issues occurred during the 1970s which, as a result, promoted the sentiment of unity within roller skating rinks. During the Groovy Era; many African Americans, women, gays and lesbians, as well as other marginalized groups of people fought for their rights. For instance, the fight for women’s rights caused Congress to approve the Equal Rights Amendment in 1972, which states, “Equality of rights under the law shall not be denied or abridged by the United States or by any State on account of sex.” The environmental movement to address industrial waste, dangerous meltdowns at nuclear power plants and pollutions, prompted Congress to pass the National Environmental Policy Act. During this time, the infamous Watergate scandal made many people stray away from politics thus focus more on pop culture. People grew their hair out, they didn’t shave but smoked weed and psychedelics, while openly embracing their sexualities. They also enjoyed roller skating and wore clothing that showed symbols of peace signs to guide their way of living.

Though we have made a great among of progress in fighting against systematical marginalization in the past, we are still fighting years later. But in the words of the five authors of The Evolutions of Skating: Live, Love, Sk8 To Tell It, “Great skaters are not great because of their technique, but are great because of their passions.” The passion is not only in their skating but their fight for harmony in troubling times. The thinking of many skaters has been passed down and has created an environment of love, compassion, and unity.