A Tribute to John Oliver Killens 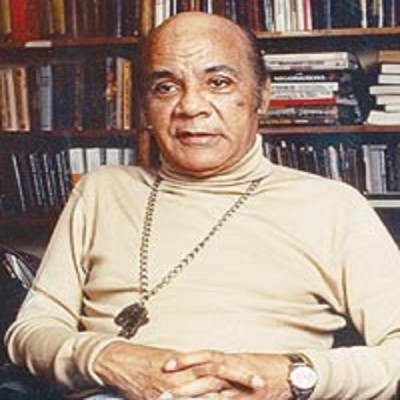 By Adeola Adeniyi | Classic black writers like Toni Morrison, Ralph Ellison, Richard Wright, James Baldwin, and Alice Walker and more contemporary authors such as Paul Beatty, Marlon James, and Kiese Laymon are very popular black writers, and are artists whose fiction and non-fiction I have read many times over the years for pleasure, school assignments, and to emulate for my own fiction work. John Oliver Killens is a black writer with whom I was not familiar until I watched a tribute to him presented by the Center for Black Literature. The panel consisted of Ishmael Reed, Malaika Adero, Arthur Flowers Jr., Keith Gilyard, and S. Pearl Sharp. They discussed his new and long-lost novel The Minister Primarily, published this year, and their fond memories of him as a creative writing teacher.

Like James Alan McPherson and Charles Wright, two other neglected black writers with major talent from the 60s and 70s, Killens has been forgotten by this new generation. I thought I knew of many major black writers, past and present, and was elated to discover a new voice. I learned from watching the tribute that he was a very popular writer in the 60s and 70s before he died in 1987 at the age of 71, was a founder of the Harlem Writers Guild, contributed to the Black Arts Movement, was a three-time Pulitzer Prize nominee, and wrote about the issues of race and class, which are two issues prevalent in the black community today.

Due to Ishmael Reed’s forward in re-issued copies of Charles Wright’s first three novels, I will read Killens due to Reed’s joy in discussing his work in the tribute. Killens also wrote satirical novels, which also makes me interested in checking out his novels because novels by black satirists are my favorite books to read, as there is and has always been much to satirize in the world. Killens taught fiction writing at Medgar Evers College and Columbia University, and listening to Arthur Flowers speak in the tribute about attending his workshop at Columba sounded exciting because of the passion he had in helping teach young writers how to better themselves at their craft. His long-lost novel is something I look forward to reading soon to experience this voice.