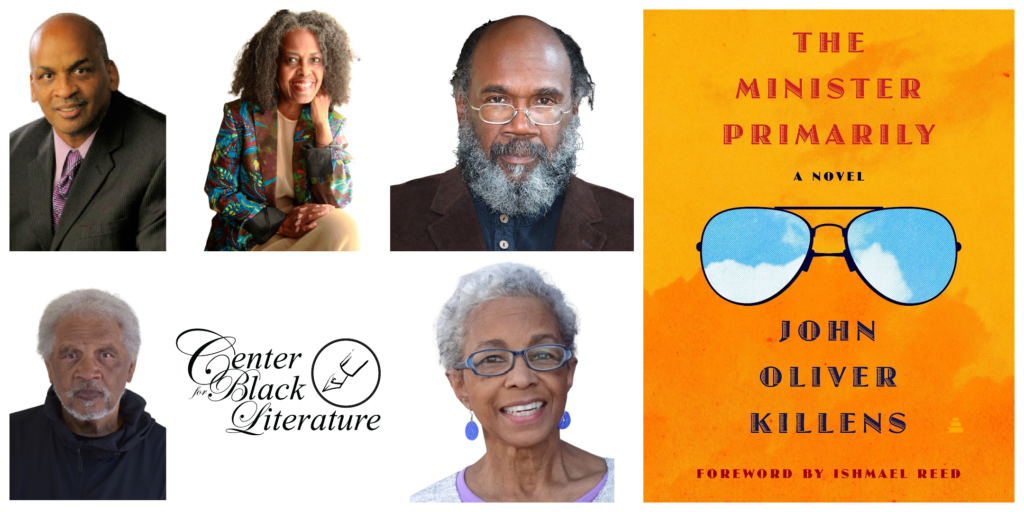 Killens was well respected in the Black literature writers’ community. The panelists spoke highly of him and his works throughout the discussion. They praised him for his contributions to Black literature over the years. The panel began with poet Arthur Flowers Jr., who played a beautiful composition that wowed the panelists and me through his tribute to the griot tradition. Flowers’s musical arrangement was outstanding; you just had to be there, and if you weren’t, sorry to say you missed out on Flowers’s musical stylings. Another panelist, Ishmael Reed, discussed the Black Experience and how writers had their fair share of issues with publications. Reed presented many good points regarding publication, but the main one that stood out to me, if I may paraphrase, “they got somebody from England… and Nigeria to review The Minister Primarily…” That was the crux of Ishmael Reed’s discussion: how can you have someone who knows the least about Black literature review Black literature. I honestly agreed with Reed because I don’t believe someone from England or Nigeria could write an honest and insightful review about a novel that speaks of the Black Experience if that person does not adequately understand what the Black experience entails.

This roundtable discussion was one of the most insightful discussions I’ve had the honor of attending. I found the conversations between the panelists to be so inspiring and invigorating. The forum was encompassed with passion for John Oliver Killens’s impact on Black Literature today, and the Black writers who are motivated by his ongoing message and activism. Each panelist shared their appreciation for Killens. Although it was a virtual event, I could feel the energy from the panelists as they spoke about The Minister Primarily, its impact on Black literature, and John Oliver Killens’s influence.

Sashagale Moore is an English Major at Medgar Evers College, and is an expressionist.