Lori Madison Was a Human Being 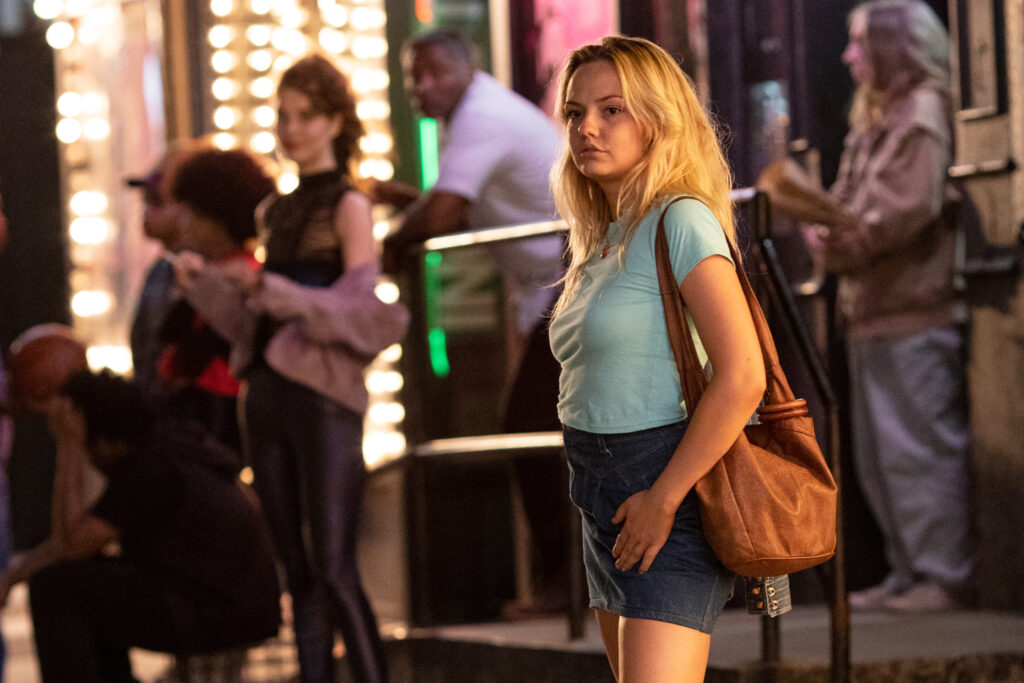 Young and cocky Lori, played by the fantastic and underrated actress Emily Meade, rides down the escalator at the Port Authority bus terminal in season one of The Deuce. She is ready for big-league New York City prostitution after leaving her Minnesota hometown. However, there is a stark contrast when she returns to 42nd Street in the final season after ten years of being a successful adult film actress. She now has no home, money, or work prospects, has developed a cocaine addiction, and conceals the handgun she’ll use to commit suicide. This scene always affects me whenever I re-watch the show.

The audience is first introduced to Lori at the end of season one after she shows a clip to a man in a sex shop of her first professional porn film and the shop’s owner Fat Mooney shouts, “Could I get your autograph, Miss Monroe?” which linked her to, what I consider, the ultimate American blonde sex symbol who also committed suicide. When she dyed her hair blonde in season two, C.C. bragged to his fellow pimp friend, “They’re putting my girl on the movie covers now.” He also told her she was a “Tiffany necklace” and to “Know her worth” when she would offer to reduce her fee if he supplied her with drugs.

Lori’s agent Kiki knew about her despair from being with C.C. and solicited mobsters Rudy Pipilo and Matty the Horse to buy her from him, but Lori just ended up belonging to the mob instead of C.C., and men still profited off her body. After C.C. was killed at the end of season two, the prospect of Lori having a life without him made me feel great because I thought she’d finally have control over her life.

Of course on a show written by David Simon, the grass is the same green on both sides of the fence, and Lori in the final season was exploited even worse by her new boyfriend, sophisticated pimp manager Greg.  Greg wasted all of her money in his startup business, supplied her with drugs (despite five rehab visits) to keep her dependent on him, and he truly owned her by owning rights to all of her film work. Even after her death, Greg profited from Lori’s films. Everyone from Candy, Kiki, the tricks, pimps, directors, male co-stars, and fans consumed Lori while caring nothing for the person, but The Deuce never let us for a second forget she was human.